DENVER (CBS4) – After a year of social unrest following cases of police brutality against Black Americans, some Black Coloradans have made it their mission to be the change they want to see in the law enforcement profession. In Denver, there have been many Black men and women who have served on the Denver police force, and many more now wanting to be a part of the future of the department. 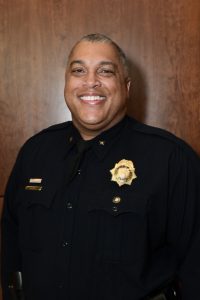 “Ever since I was a little kid this is what I wanted to do,” said Glenn West, Commander at DPD. “The question I would get most is, ‘Why would you want to do that?’”

West, one of DPD’s nearly 140 Black officers currently on staff, said the Black and African American communities in the United States are still trying to heal from the injustices of the past. West is now leading new “Shared Leadership for Institutional Diversity and Equity Unit” within DPD, an entity of the department founded in December of 2020 to further recruit more members of marginalized communities in Colorado.

“I think it has been a struggle we have had for a long, long time,” West told CBS4’s Dillon Thomas.

“It was because the Black community back then felt they needed representation,” West said.

While there are no known photos of Brown, the Denver Police Museum is now peppered with documentation of the Black officers who followed in his footsteps.

Those officers included John Bell, hired in 1881 as the second Black officer in the city. I.G Gilmore, T.T. Bruce, J.M. Williams and Thomas Riley all started patrol in the late 1880s. The first Black detectives in Denver were Ulysses Baker and Carl Baker, brothers originally hired as patrolmen in 1896.

The first Black officer killed in the line of duty in Denver was Willie O. Steam in 1921.

It wasn’t until the 1970s that Denver hired its first Black female officer, Carole Hogue. She served the city for 15 years before retiring as a sergeant.

Currently 8.9% of Denver Police officers are Black. That number is close to the city’s Black demographic with 9.8% of the city’s residents also coming from the Black community. West said his team is working hard to match the ratio of population to hires, and hopefully one day exceed it.

While some from the Black community have called for police agencies to be defunded and dismantled, others have elected to be the change their own community desires. 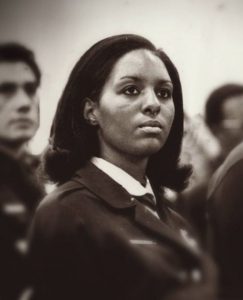 “It was definitely an eye opener,” Tyler Moffat said of the protests and riots that followed the death of George Floyd, Breonna Taylor and Elijah McClain.

Moffat, a 20-year-old Black man, is currently serving as a military police officer. The protests and riots over the summer fueled his passion to apply his skillset one day to Denver Police.

Moffat understood the frustrations of many. Though he didn’t always agree with their sentiments he did believe more could be done to improve the profession.

“Everyone wants to see the change, so I am going to be the change,” Moffat said. “I disagreed with the whole, ‘All cops are racist.’ Because, that is just not how it is. In police work there is more good than bad.”

Moffat joined the Denver Police Department’s Explorers Program. The program gives teenagers the ability to learn the disciplines and practices of law enforcement. Moffat said that experience, alongside his recent deployment to Iraq via the military, prepared him to be an officer one day.

Both Moffat and West said one of the keys to making positive change in the profession as a whole it to hire more qualified individuals from marginalized communities. By doing so the profession will be able to help heal the wounds of the past, according to West. 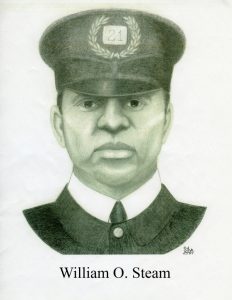 “There has been, with the Black community, a lot of fear and apprehension as far as the police are concerned,” West said. “We have to work hard to break down some of those barriers in order to attract a lot more candidates. It takes all of us to move forward to heal some of the things that have happened in the past.”

Because of the first African American officers of a century ago and the one’s still standing the thin blue line today, Moffat can be a part of the change his community has long been seeking.

“I would say thank you (to the Black officers who have already served.) They’ve paved the road for people like me,” Moffat said. “I hope I can fill in their shoes, and hopefully do even better.”

Moffat plans to apply at DPD once he turns 21 in the coming months.

By Dillon Thomas   February 2, 2021 at 6:29 pm
Dillon Thomas is a reporter at CBS4 and a Colorado native.More from Dillon Thomas
Reprinted from Legacy Of Black Police Officers In Colorado Started 140 Years Ago – CBS Denver (cbslocal.com)