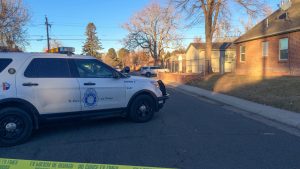 Residents are wondering if they can pick up children from ex-spouses, teachers want to know if they can deliver homework to students, and some people are even asking if they still have to follow traffic laws.

Coloradans with questions about the state’s new stay-at-home order were slamming phone lines at law enforcement agencies this week, sometimes to report their neighbors’ perceived violations but mostly to ask what they are allowed to do.

Callers want to know if they will get charged if they leave their homes for regularly scheduled child custody swaps. Ranchers in Crowley County have asked whether they can go outside to feed their livestock.

The Douglas County Sheriff’s Department received 178 inquiries on Wednesday alone, including from residents wondering if they could pick up their children from their ex-spouses and if they could still move to their new house. Arapahoe County was relieved Thursday morning by the statewide launch of a “211” information number so that people would stop calling 911 and non-emergency lines to ask questions about the stay-at-home order to combat the new coronavirus.

Some rural counties said they’ve even been asked by residents whether sheriff’s deputies will continue to enforce laws, including traffic violations.

Crowley County Undersheriff Terry Reeves said he’s noticed an uptick in traffic incidents and speeding drivers. “Apparently there are a number of people who don’t think we are going to be out on traffic violations,” he said.

Sheriff’s deputies are not only writing traffic tickets, they are stopping people in the streets — typically teenagers and younger adults — who have gathered in violation of the statewide stay-at-home order. So far, deputies haven’t pulled over any drivers to question them about why they are out of their homes, and they are not checking on businesses that have been ordered to close, he said.

“I thoroughly hope that we don’t get to a point that we have to issue a summons, but we will do that if we have to,” Reeves said.

Questions from citizens to the department have come from ranchers wondering if they can still feed their livestock, as well as from teachers wondering whether they can deliver homeschool materials to students in the rural, southeastern Colorado county. The answer to both is yes.

In Phillips County, on the Nebraska border in far northeastern Colorado, a sheriff’s deputy was asked while gassing up his car Wednesday if law enforcement will still be enforcing the law during the new coronavirus pandemic.

Phillips County Sheriff Thomas Elliott wants to make clear that his department is not changing the way it has been enforcing the law. “We are still doing traffic stops and investigating crime,” he said. “That’s what the taxpayers are paying me to do, so that’s what I’m doing.”

So far, Phillips County was not hearing from residents wanting to report each other for violating the order. “People aren’t as uptight about those sorts of things as in other places,” Elliott said.

But he said the department has received calls from three parents that have to travel in order to abide by child custody orders. “They are afraid that if they go out, they are going to be stopped and ticketed,” Elliot said.

The sheriff said he’s also received calls from community members wondering if the state border to Nebraska is closed. It’s not.

The sheriff, like others across the state, said he learned alongside the general public that the governor was issuing the stay-at-home order. He expressed frustration with the lack of communication coming directly from the governor. “I’m not surprised,” Elliott said. “The government hates law enforcement.”

Failure to comply with the statewide stay-at-home order can result in penalties including a fine of up to $1,000 and “imprisonment in the county jail for up to one year.” The official order allows local authorities to determine the best course of action to encourage maximum compliance, and Gov. Jared Polis, in announcing the order Wednesday, asked citizens to voluntarily comply.

In Gunnison, Police Chief Keith Robinson said the department has received a few calls from citizens asking whether certain businesses are allowed to be open. “Our response has been to go and give them the county health order,” Robinson said. “Restaurants can still be open if they do take-out. And retail can still be open. You can call your shoe store, for example, and tell them what style and size you want, and they can bring it to the curb for you.”

Robinson said that over all, calls to law enforcement have gone down since the coronavirus outbreak. And that his police officers are doing as many reports over the phone and only going into the community if it’s absolutely necessary.

Weld County Sheriff’s Office public information officer Joseph Moylan said the department has received “a ton of calls” from people asking about child custody and whether residents can renew their concealed handgun licenses.

“We are getting calls from people who are up for renewal during this time, asking what they are supposed to do,” Moylan said. “So we’ve granted a 30-day renewal extension, and we will amend it as needed.”

One resident called to see if camping is allowed. State parks remain open to hiking, but Colorado Parks and Wildlife has closed all campgrounds.

Like other counties, Weld is hoping for voluntary compliance. “We are going to reserve enforcement for that someone who is repeatedly pushing the boundaries,” Moylan said. “If someone is out and is not part of that essential group, we will tell them to go home.”

Law enforcement and public health authorities in metro-area cities and counties had varied responses about whether they will proactively look to cite people for violating the stay-at-home order.

Denver’s Department of Public Health and Environment website states that “city staff — including park rangers, safety officers and public health officials — will be doing proactive patrols of parks and recreation areas, businesses and neighborhoods.” Those who do not comply, could face a citation, meaning the individual must appear in court and can be fined up to $999.

Denver and Douglas and Arapahoe county law enforcement officers will not pull over drivers to inquire where they are going or ask for proof that they are essential workers under the law and thus allowed to go to work.

“We still have to have probable cause to stop somebody,” Arapahoe County Sheriff Tyler Brown said. “And us checking to see if they are in an essential job category is not probable cause. The Constitution is still here.”

His deputies are still practicing “community policing” — if they see a gathering of people in the street, they will talk to them about the order, Brown said.

The county dispatch center experienced a lighter volume of calls Thursday after using social media and other communications to direct citizens to the statewide 211 information line, which went live at 9 a.m.

The Arapahoe County sheriff discouraged residents from tattletale-ing potential stay-at-home violations to the sheriff’s office. Instead, Brown said, use the “social peer pressure model” and talk to each other about why it’s important to stay home.

Douglas County law officers are not patrolling to make sure businesses are closed, but they will respond if someone makes a report. “If somebody calls and says the tanning salon down the street is still operating, we would go out there and address it,” Deputy Lauren Childress said. “We would give them a copy of the order. There are actions that we could take, but the primary action we prefer to take at this point is warnings.”

Similarly, deputies won’t actively look for violations but “fully anticipate that people are gonna call and say, ‘There are 10 kids in the park playing football,’ ” Childress said.

Authorities said they are in talks to clarify any conflicts between any remaining county stay-at-home orders and the statewide order. County orders existed in about 10 counties, but some of those counties rescinded their orders Thursday to simplify the law for residents. Those were Boulder, Jefferson and TriCounty Health, which includes Douglas, Arapahoe and Adams counties.

The governor updated the order Thursday to add additional exemptions, making clear that public and private schools are still allowed to hand out meals and provide materials for distance learning. Colleges are allowed to provide medical and mental health services, and houses of worship can remain open but must adhere to physical distancing.