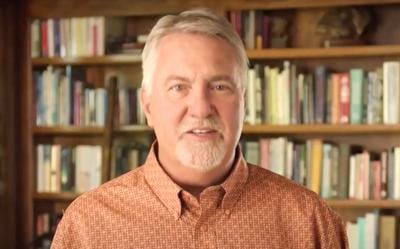 Republican Joe O’Dea, a 2022 candidate for Colorado’s U.S. Senate seat, is pictured in a video released by his campaign.
(via YouTube)

The Denver Police Protective Association said the union’s more than 1,400 members can count on O’Dea, the son of a Denver police officer and owner of a construction company, to stand with them to help keep communities safe.

O’Dea is one of eight Republicans running in a GOP primary for the chance to challenge Democratic U.S. Rep. Michael Bennet, who is seeking a third full term this fall.

Calling O’Dea “solid as a rock,” Nick Rogers, the union’s president, said in a statement: “Elections matter more than ever because the safety of our communities is at stake. Our cities are under siege, and law enforcement is eager to stand with candidates who have the courage to stand with us.”

Added Rogers: “Joe is a man of wisdom, integrity and guts. Joe will represent the voice of working people, and Joe will stand up for the police.”

Unlike most unions, which almost universally support Democratic candidates, police unions tend to throw their weight behind Republicans.

O’Dea said the endorsement means a great deal to him because of his family’s connection to to the force.

“My dad was a police officer. The sacrifices law enforcement make are deeply personal to me,” O’Dea said.

“As law enforcement has been vilified, Michael Bennet’s has said and done very little. That is Bennet’s way. Hide when it matters; vote with the Democratic Party when it counts,” he said. “If Colorado sends me to the Senate, I will fight for our military, police and first responders every single day.”

The Colorado primary is June 28.